To Know Without Needing To Understand 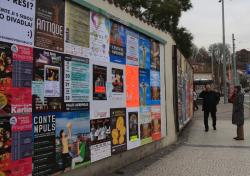 Usually, we search for understanding because we believe that it will lead to true experience. We try to understand every experience that is brought to us, and then we have our little mental niches where we put the experience. This is one example of how the great power of the mind leads our lives. But when it comes to the recognition of truth, the mind is not equipped to lead. The mind is not the enemy, there is nothing wrong with it. The tragedy is that we believe the conclusions of the mind to be reality. This is a huge tragedy, responsible for both mundane suffering and the most profound suffering, individually and collectively.

You are conditioned to try to keep mental understanding in an exalted place, but that is not true understanding. That is in the realm of understanding how to tie your shoes, practice good manners, learn a new language, or decipher advanced mathematical formulas. The power of understanding, which is a beautiful power of the mind, is useless in the discovery of your true self.

Whatever you are searching for in this moment, however worldly or spiritual it may be, just stop. A huge fear may arise, the fear that if you stop, you will die, you will never make it to where you are headed. This fear is understandable, but all the magnificent beings who have preceded you encourage you to know that the mind’s true stopping is absolutely good news. Deep inside, you already know this. You just can’t quite believe it is true because you don’t understand it. And you want to understand it so that you will then have some control over it; it will have a place and be definable as something religious, spiritual, or existential.

To know what you know in the core of your being without understanding is effortless. The effort arises in having to understand it so that you can mentally know it and remember it, so that it will be there for you if you get into trouble. I invite you to stop that search.

The simplicity of the truth is what keeps it out of the reach of any concept, including whatever concepts might be used in the moment to point to it. It is out of reach because it is too close to be reached. Concepts of the mind are distant compared to the closeness of the truth of who you are.

-- Gangaji, from 'The Diamond in Your Pocket'

Every week, we send out a digest with a reading and inspiring stories to our global community of 93,125 people. Subscribe below.