Being Judicious, not Judgmental 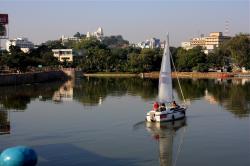 One of the most difficult but necessary skills we need to develop as meditators is learning how to be judicious without being judgmental. An as a preliminary step to developing that skill, it's good to reflect on the difference beween the two.

Being judicious, however, requires patience together with undestanding. A judicious choice is one you've made after understanding all the options, all the sides of a question. That way your choice is based on knowledge, not on greed, aversion, or delusion. [...]

The problem with being judgmental is that it's not effective. We try to stamp out things here and they go springing up someplace else. [...] Being judicious, though, is more effective. It's more precise. We see what's really skillful, what's really unskillful in the mind, and we learn how to disentangle the two. Often our skillful and unskillful habits get entangled. The things we don't like within ourselves actually do have some good in them, but we don't notice it. We focus instead on what we don't like, or what we're afraid of, and we end up trying to stamp it all out, the good along with the bad.

So this is why we meditate: to step back a bit, to watch things patiently so that we can see them for what they are and deal with them effectively. Our concentration practice gives us a comfortable center in our awareness where we can rest, where we feel less threatened by things. When we feel less threatened and less oppressed, we have the resilience to be more patient, to look into what's going on in the mind, and to develop the proper attitude toward what is skillful and what isn't. [...]

One of the main problems in modern life is that people have so little time. When they meditate, they want to cram as much of their meditation as possible into their little bits and pieces of spare time. Of course that aggravates the whole problem of bing judgmental. So keep reminding yourself that meditation is a long-term project. When you have a sense of that long arc of time, it's a lot easier to sit back and work very carefully at the basic steps. It's like learning any skill.

- By Thanissaro Bhikku, from "Meditations"