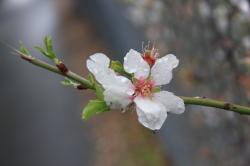 When any of us acts in a state of fear or anxiety, our actions are likely to revert to what is most habitual: our most instinctual behaviors dominate, ultimately reducing us to our “fight – or – flight” programming of the reptilian brain stem. Collective actions are no different. Even as conditions in the world change dramatically, most businesses, governments, schools, and other large organizations continue to take the same kinds of institutional actions that they always have.

This does not mean that no learning occurs. But it is a limited type of learning: learning how best to react to circumstances we see ourselves as having no hand in creating. Reacting learning is governed by “downloading” habitual ways of thinking, of continuing to see the world within the familiar categories we are comfortable with. We discount interpretations and options for action that are different than ones we know and trust. We act to defend our interests. In reactive learning, our actions are actually re-enacted habits, and we invariably end up reinforcing pre-established mental models. Regardless of the outcome, we end up being “right.” At best, we get better at what we have always done. We remain secure in the cocoon of our own world view, isolated from the larger world. […]

All learning integrates thinking and doing. All learning is about how we interact in the world and types of capacities that develop from our interactions. What differs is the depth of the awareness and the consequent course of action. If awareness never reaches beyond superficial events and current circumstances, actions will be reactions. If, on the other hand, we penetrate more deeply to see the larger holes that generate “what is” and our connection to this wholeness, the source and effectiveness of our action can change dramatically.

In talking with pioneering scientists, we found extraordinary insights into this capacity for deeper seeing and the effects such awareness can have on our understanding, our sense of self, and our sense of belonging in the world. In talking with entrepreneurs, we found extraordinary clarity regarding what it means to act in the service of what is emerging. But we also found that for the most part, neither of these groups talks with the other. We came to realize that both groups are really talking about the same process – the process by which we learn to “presence” an emerging whole, to become what George Bernard Shaw called “a force of nature.”

–Peter Senge et al., from “Presence: Human Purpose and Field of the Future”

Every week, we send out a digest with a reading and inspiring stories to our global community of 93,887 people. Subscribe below.