Incentives Are Not Enough 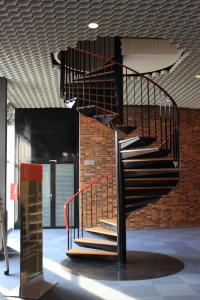 When you incentivize everything, you de-moralize it, you take the moral dimensions out of it.

Arguably, in the olden days, bankers wanted to make money, but they also wanted to serve clients and communities. What that means was that there was a certain way to proceed if you were a banker to make sure that people were not taking on more debt than they could handle, that people were putting away enough money so that when they retired they would be able to pay their mortgage and buy food and clothing ... Nobody thinks that way anymore.

I think the first step toward achieving [a solution] is appreciating that the tools we currently use are not sufficient.... The step after that is to identify and acknowledge the existence of moral exemplars – if you like, moral heroes -- that the people you're training can aspire to emulate. And they don't have to be people who do extraordinary things. There are people who do small things that count as moral heroes. And then giving the people you're training the room both to improvise and to have room in their lives for wanting to do the right thing and not just the profitable thing.

Every week, we send out a digest with a reading and inspiring stories to our global community of 93,125 people. Subscribe below.