Who Wants To Be A Philosopher? 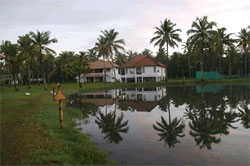 Just as true humor is laughter at oneself, true humanity is knowledge of oneself. Other creatures may love and laugh, talk and think, but is seems to be that the special peculiarity of human beings is that they reflect; they think about thinking and know that they know. This, like other feedback systems, may lead to vicious circles and confusions if improperly managed, but self-awareness makes human experience resonant. It imparts that simultaneous “echo” to all that we think and feel as the box of the violin reverberates with the sound of the strings. It gives depth and volume to what would otherwise be shallow and flat.


Self-knowledge leads to wonder, and wonder to curiosity and investigation, so that nothing interests people more than people, even if only one’s own person. Every intelligent individual wants to know what makes him tick, and yet is at once fascinated and frustrated by the fact that oneself is the most difficult of all things to know. For the human organism is, apparently, the most complex of all organisms, and while one has the advantage of knowing one’s own organism so intimately from the inside – there is also the disadvantage of being so close to it that one can never quite get at it. Nothing so eludes conscious inspection as consciousness itself. This is why the root of consciousness has been called, paradoxically, the unconscious.


The people who we are tempted to call clods and boors are just those who seem to find nothing fascinating in being human; their humanity is incomplete, for it has never astonished them. There is also something incomplete about those who find nothing fascinating in being. You may say that this is a philosopher’s professional prejudice – that people are defective who lack a sense of the metaphysical. But anyone who thinks at all must be a philosopher – a good one or a bad one – because it is impossible to think without premises, without basic (and in this sense, metaphysical) assumptions about what is sensible, what is the good life, what is beauty, and what is pleasure. To hold such assumptions, consciously or unconsciously, is to philosophize.


--Alan Watts, from "The Book: On the Taboo Against Knowing who You Are"

Every week, we send out a digest with a reading and inspiring stories to our global community of 93,190 people. Subscribe below.