The Humility in True Genius 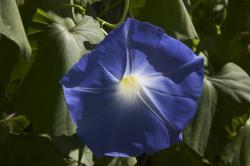 A universal characteristic of genius is humility; after all, those in whom we recognize genius commonly disclaim it, as they’ve always attributed their insights to some higher influence.  [...]

Recognized geniuses may be rare, but genius resides within all of us. There is no such thing as “luck” or “accident” in this cosmos; and not only is everything connected to everything else, no one is excluded from the universe -- we’re all members.  [...]

The process of creativity and genius are inherent in human consciousness. Just as every human has within himself the same essence of consciousness, so is genius a potential that resides within everyone -- it simply waits for the right circumstance to express itself. Each of us has had moments of genius in our lifetimes, perhaps only known to ourselves or to those close to us. We suddenly make a brilliant move or decision, or say exactly the right thing at the right moment, without quite knowing why. Sometimes we might even like to congratulate ourselves for these fortuitous events, but in truth we don’t really know where they came from.

Genius is often expressed through a change of perception -- a modifying of context of paradigm. The mind struggles with an unsolvable problem, poses a question, and is open to receive an answer. The source that this answer comes from has been given many names, varying from culture to culture and time to time; in the arts of Western civilization, it’s traditionally been identified with the Greek goddesses of inspiration called the Muses. Those who are humble and grateful for illumination received tend to have the capacity to access genius; those who credit the inspiration to their own ego soon lose this capacity, or are destroyed by their success. High power, like high voltage, must be handled with respect.

Genius and creativity then, are subjectively experienced as a witnessing; it’s the phenomenon that bypasses the individual self or ego. The capacity to finesse genius can be learned -- though often only through painful surrender -- when the phoenix of genius arises out of the ashes of despair after a fruitless struggle with the unsolvable. Out of the defeat comes victory; out of failure, success; and out of humbling, true self-esteem.

Every week, we send out a digest with a reading and inspiring stories to our global community of 93,637 people. Subscribe below.