Rumi, as told by Elif Shafak 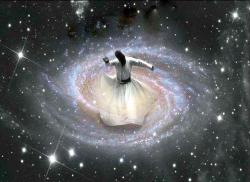 Seed questions for reflection: How do you relate to the seven stages of the self (Nafs)? Can you share a personal story of a time you became aware of which stage you were passing through? What helps you remain aware of the stage you are experiencing and support your own journey of evolution?

Every week, we send out a digest with a reading and inspiring stories to our global community of 93,140 people. Subscribe below.