What You Do Afterwards 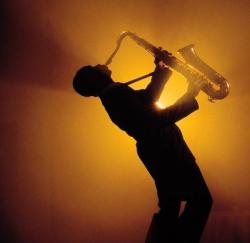 Creativity is all about what you do afterwards.

In improvisation, you don’t know what an action means until later. The group creates meaning, by responding and building on that action. This happens all the time in improv theater, and it’s what gives it such creative power. I call it retroactive interpretation. In improv, actors intentionally speak lines of dialogue that are ambiguous, utterances that can be interpreted in multiple ways. Actors do this on purpose–not because they’re lazy thinkers, or they’re just trying to fill up time. Improvising these ambiguous actions takes a lot of creativity. It’s not easy to say something that opens up possibilities for the scene, and doesn’t close down possible futures, but something that also provides enough specifics to drive a scene forward, to give other actors something to work with.  Actors know that the improvised dialogue that follows their action will soon provide a meaning to what they did.

This isn’t what most of us do in everyday life. When you say something, you own it. You get to say what it means. If someone else interprets it differently, you jump in and correct them. To do improv, you need to completely change the way you approach conversation. You have to give away power and control, to the conversation itself. The conversation creates, not the individual speakers. The conversation takes on a life of its own. Meaning emerges from the collective, sequential, unfolding utterances of each speaker.

Excerpted from here. Keith Sawyer is the author of Group Genius.

Seed questions for reflection: How do you relate to the notion of acting while relinquishing control over what your action means? Can you share a personal story of a time you were able to act while letting go of your ownership of that action and its meaning? What helps you be mindful of how you can open up possibility with your actions?