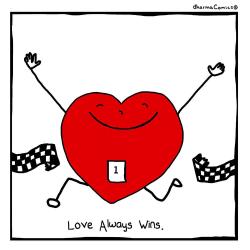 In the Himalayas, there lived an infamous bandit named Sultana, who plundered the caravans of rich pilgrims and looted resource-rich monasteries. The very mention of Sultana, it was said, made wealthy men tremble with fear. His unique technique was that he robbed in broad daylight after sending word in advance that he was going to strike.

Once, it seems, he sent word to the abbot, Baba Kalikambliwala, of a monastery called Swarg Ashram that he was going to descend on the ashram with his gang and plunder their treasury at a certain appointed hour. All the members of the monastery were filled with fear. All except the Baba. He had an elaborate lunch made for Sultana and his gang and waited for him on the porch of his cottage.

The bandit came with a gang of six, all armed with swords and guns. As he got off his horse, Baba Kalikambliwala went towards him and welcomed him. He invited him and his gang to sit on the porch, drink water and relax.

Then he handed over the keys to the treasury and said, "You may take what you desire but I don't want violence and bloodshed. If ever you feel like killing someone, spare everyone and kill me instead. Life and death are the same to me. The police chief of this region is a member of our monastery community. I could have sought his help but then there would have been violence, and lives would have been lost. I want none of that.

"After you have taken all that you wish from the treasury, don't ride away immediately. I have arranged a feast for you. You and your friends should enjoy the lunch, rest for a while if you are tired, and then go on your way. I have no animosity towards you or any other living creature. Now, do what you feel is best."

The bandit, having never encountered a man like that, is said to have bowed low, apologized, and instead of plundering the treasury, contributed a small amount of gold coins and left, after profusely thanking the abbot for the sumptuous lunch.

Excerpted from Apprenticed to a Himalayan Master by Sri M.

Seed questions for reflection: How do you relate to this story of meeting violent intentions with love? Can you share a personal experience of a time you saw violence melt away in the face of love? What helps you stay rooted in love in the face of violence?

Every week, we send out a digest with a reading and inspiring stories to our global community of 93,099 people. Subscribe below.