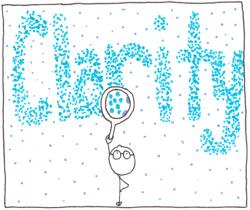 The true splendor of science is not so much that it names and classifies, records and predicts, but that it observes and desires to know the facts, whatever they may turn out to be. However much it may confuse facts with conventions, and reality with arbitrary divisions, in this openness and sincerity of mind it bears some resemblance to religion, understood in its other and deeper sense. The greater the scientist, the more he is impressed with his ignorance of reality, and the more he realizes that his laws and labels, descriptions and definitions, are the products of his own thought. They help him to use the world for purposes of his own devising rather than to understand and explain it.

The more he analyzes the universe into infinitesimals, the more things he finds to classify, and the more he perceives the relativity of all classification. What he does not know seems to increase in geometric progression to what he knows. Steadily he approaches the point where what is unknown is not a mere blank space in a web of words but a window in the mind, a window whose name is not ignorance but wonder.

The timid mind shuts this window with a bang, and is silent and thoughtless about what it does not know in order to chatter the more about what it thinks it knows. It fills up the uncharted spaces with mere repetitions of what has already been explored. But the open mind knows that the most minutely explored territories have not really been known at all, but only marked and measured a thousand times over. And the fascinating mystery of what it is that we mark and measure must in the end 'tease us out of thought' until the mind forgets to circle and to pursue its own process, and becomes aware that to be at this moment is pure miracle.

In such wonder there is not hunger but fulfillment. Almost everyone has known it, but only in rare instants when the startling beauty or strangeness of a scene drew the mind away from its self-pursuit, and for a moment made it unable to find words for the feeling. We are, then, most fortunate to be living in a time when human knowledge has gone so far that it begins to be at a loss for words, not at the strange and marvelous alone, but at the most ordinary things. The dust on the shelves has become as much of a mystery as the remotest stars; we know enough of both to know that we know nothing. Eddington, the physicist, is nearest to the mystics, not in his airier flights of fancy, but when he says quite simply, "Something unknown is doing we don't know what." In such a confession thought has moved full circle, and we are again as children.

Alan Watts is ... The excerpt above is from his book, 'The Wisdom of Insecurity.'