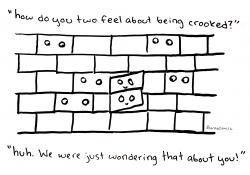 Seed questions for reflection: How do you know when it is time to move on to the bigger picture, as opposed to continuing to strive for perfection? Can you share a personal story of a time when you were reminded of the bigger picture? How do you develop detachment to the result of your work without compromising on your commitment to its quality?

Every week, we send out a digest with a reading and inspiring stories to our global community of 93,104 people. Subscribe below.