It started when he was six.

At an age when most of us are falling off our bikes, Ilyas al-Kashani was learning Islamic-Sufi healing practices. As a young child, his father taught him how to walk on his back and decompress his spine with his feet. As he got bigger, he started using his hands. Over the years, his hands became very familiar with the anatomy of the body, so that he could simply feel what was aligned and misaligned. 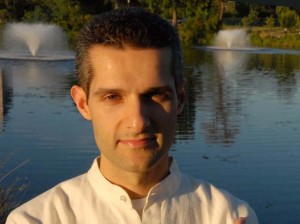 Today, Ilyas is a hakim, or practitioner of Traditional Islamic Healing and Medicine (TIHM), of which there are only a few in the West. During this week’s forest call, we got to listen and share in his powerful insights on traditional medicine, heart-centeredness, and self-knowledge.

The call was extra special, because it was moderated by Nausheen, a student of Ilyas’ and who—after witnessing the negative impacts of her work industry and walking out of it with no back-up plan—is no stranger to asking deeper questions of the heart and life. Her warm spirit was a heartening guide to the conversation. :)

When asked about the healing in his own life, he promptly responds, “Every human being has experiences, and nothing is accidental.”

Ilyas learned how to heal through reconciling his own life challenges and illnesses. Fleeing Iran as a child, he and his family went from having a stable, well-off place in society in Iran to having essentially nothing upon arriving in the United States. Over the years, Ilyas would lose his ability to use different senses for periods at a time. For a month, his eyes were sealed shut and he couldn’t see.  He lost his ability to talk for six months. His hearing was gone for a stretch of time. There were points where he couldn’t walk.

But just as nothing is accidental, Ilyas took all these setbacks in stride.

“In each of these experiences, I would reflect and have to make adjustments. I remember when I lost my voice, and that was a problem because I was a resident at acupuncture school, and you know, you have to be able to talk to patients,” he laughs.

“So I was forced to give treatments without being able to talk. What it forced me to do is learn how to deeply listen without being able to get information in secondary ways, like asking questions. And I had to be able to feel what people were feeling, in their bodies, in their souls, and to basically read them directly, energetically. …The most sensitive device in all of creation is the human heart. There is no technology that can know what the human heart can know. That you have the capacity to know exactly what people are feeling and thinking, and also what’s going on in the body. And the first step to do that is to be able to do that for oneself. So one really cannot be a healer until one has faced themselves and addressed their major life issues that are obstacles to being natural, healthy and authentic. Once you have done that for yourself, then you can really hold a space for other people to go through that themselves. So the human heart is absolutely remarkable. I’m always amazed at our capacity for knowing.”


“To know the divine, one has to walk through his or her own soul or heart to get there.”

Throughout the call, Ilyas shared a couple powerful stories from his patients.

One patient had extraordinary lower back pain. She had made an appointment to see him, but never showed up. Later, her husband called because she was in the hospital, where they had put her on morphine. A month after, she came in.

“I didn’t talk much, because when someone has acute pain, they usually want the work done right away,” Ilyas explained. “If the issue is really physical, then it gets better and holds. If the problem is in the soul, then the physical problem may subside for a few hours and then return.”

This was the case for this woman. So in the second session, Ilyas didn’t do any physical treatment. He just had a conversation with her.

It turned out that this woman’s back pain had manifested after her younger sister had committed suicide. She had essentially raised her sister when they were younger, and felt a tremendous responsibility for her. Her sister was very troubled and would take a lot of it out on her. Eventually, during adulthood, her sister severed their relationship. Seventeen years later, she committed suicide.

“The moment that she realized that she was not responsible for her sister’s suicide and her sister being a troubled person—and that she could still love her deeply and care about her—then the session was literally done. She got off the table and the pain was gone. And she’s had no pain since then.”


The Capacity of the Human Heart

According to research of the HeartMath Institute, the heart’s electrical field is about 60 times greater in amplitude than the electrical activity generated by the brain. [This field, measured in the form of an electrocardiogram (ECG), can be detected anywhere on the surface of the body.] Furthermore, the magnetic field produced by the heart is more than 5,000 times greater in strength than the field generated by the brain [detected a number of feet away from the body, in all directions].

“The heart has brain-like cells… Intellect as a function is centered in the heart. You can actually think from your chest. Not just feel, but think. So if you can shift this center of focus from the head to the chest, it’s a completely different way to live. Instead of the earth revolving around the moon of the brain, really, the moon is revolving around the earth of your heart. The moon is a satellite of the earth, and it’s really the earth that is the life-giving entity. So our lives should revolve around the heart… The problem of studying anything without the spiritual context is that the ego can grow out of control, so that attention and energy is drawn up, instead of to the center.” 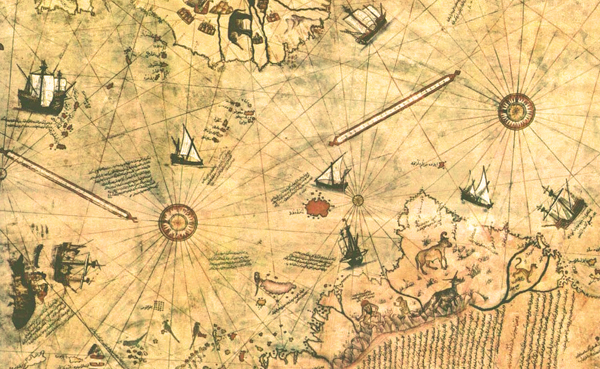 “It’s kind of like those episodes of Star Trek where whole civilizations are run by these brains in fish tanks,” he jokes.

With lighthearted and gentle spirit, Ilyas and Nausheen filled us with gem after gem of insights that brought us always returning to our hearts.

Amit summed it up with a quote recently shared on DailyGood:

If you want the truth,
I’ll tell you the truth:
Listen to the secret sound,
the real sound,
which is inside you.

What a breath of fresh airwaves! :)
Listen to the Audio (mp3):
(Click play button above to start the audio.)   Since 1990, Ilyas has formally studied related disciplines, including Meditation, Yoga, Qigong, Acupuncture, Chinese Herbal Medicine, Tui Na, Homeopathy, Japanese and Tibetan Reiki, and Osteopathic manipulation. His current project, Hakim Wellness, aims to revive the study and practice of TIHM; this initiative includes building a health-education-retreat center in the Bay area, filming a documentary on TIHM (from Morocco to China), and forming a global network of Traditional Medicine for mutual support in preserving, developing, and sharing ancient medical knowledge.