Americ Azevedo: The Truth Must Be Lived

“Love is a field, its quantum mechanics in action.  It is bound to unfold to its fullest.  Love cannot be stopped…the truth wants to be lived.”
~Americ Azevedo

“Truth is a rare currency these days.” The morning that I began to write about our most recent Forest Call guest, Americ Azevedo, someone at work spoke these words to me. Like many good-hearted individuals, including myself, she is the kind of person that yearns to live the truth but feels constrained by our social and economic structures. I began to ask myself, “How can we live our deepest intentions without fear? In our conversation with Americ it felt like we were walking through those hidden spaces in our hearts, the spaces where the purest of intentions patiently await inevitable freedom when the truth is lived.

Americ is a professor of peace and nonviolent studies at the University of California Berkeley. Today, if a student is lucky enough to stumble into one of his classes, he will discover a teacher that fosters the deep questions on life.

But long before he began teaching, long before he walked out of his job on the 38th floor of an oil and gas company, Americ entered grade school without knowing a word of English or having ever played with another child. For some years he was beaten up on a regular basis and called “stupid” by the other kids. Later he was transformed by the same kids, and they began to call him “smart”.

Around that time, his parents gifted him a copy of the Bible. Carefully leafing through the pages, he came across a quote by King Solomon, the king of Israel. It read, “Everything we have in our life is vanity, it’s all impermanent.” Realizing the wisdom in those words, Americ understood that “stupid” and “smart” were only fluctuating forms. How could there be any truth to forms that are constantly changing? He yearned to understand the real truth that quietly lived in the deep recesses of his soul.

And so the journey began….

“Meditation is the empirical investigation of one’s own consciousness. It is the most radical action any human being can take, to stop and turn the attention inwards and find the root of consciousness within oneself…this root holds the source of truth and when we touch it, we become aligned to something greater than our small skin encapsulated ego…that’s the truth that must be lived.”

One of the first things he discovered was how much misalignment existed in his life and how painful it was to acknowledge it. He had to confess to himself, “I’m saying this, but I’m really doing that…what looks like a good action is really coming from a negative place inside of me."

Seeing and feeling the effects of this misalignment led to many experiments in living the truth. Perhaps his most extreme experiment began to unfold in his early morning reflections. He later shared in his blog: 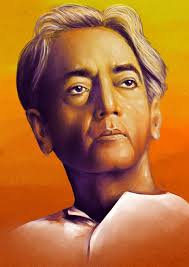 “On the bus to work I read a passage from Krishnamurti, "Live the truth." That phrase exploded in my mind. I must say "No!" to those aspects of life that are false or do not work. That same day I got up before my trainees and felt a pit growing in my stomach that gradually moved up to my mouth. After writing a sentence on the blackboard, I turned around and said, "I can no longer do this work. We are not real with each other in this company. We ignore each other. There is no love in this place. I quit." As I walked out, half the class looked stunned while the other half applauded.

Back at my desk, I felt a powerful stillness. I saw everything in a new light. The desk, the walls -- everything present was suddenly there. An emotional and spiritual fog had lifted. Gradually, people came by and wished me well. Some felt that I had contacted a deep need in themselves.

Socrates showed us that thinking the truth is not enough. Truth demands to be lived.”

“I learned that money is not real, love is real, relationships are real. Money is a substitute for community and love and we have constructed a society that does that progressively more. What sustained my life and the remains of my family was the relationships that existed and some kind of cosmic power that brings what we need when we need it.”

Although it was painful, Americ felt more alive during that time than he ever had in his whole life. The boundaries between "me" and "other" naturally faded away and without the false security of money, he felt totally present to the moment.  As he became still, he returned to the financial district of San Francisco after a seven year absence. "Being in the world need not mean being lost in the world."

Perhaps it was the inner stillness that led Americ to students that were seeking similar answers. In his “Introduction to Nonviolence” class at UC Berkeley, Americ worked with his students to develop a vision actualization process. The purpose was to experience non-violence, not harming, by creating a vision to actualize their dreams.

“We are created in the image of the creator and we’re part of that experience, so if we don’t fulfill our karma, our destinies, it’s cramping our style. It’s in the Bhagavad Gita when Krishna says to Arjuna, “It’s better for 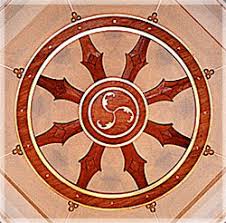 a person to do their dharma badly than to do someone else’s dharma well.” When we experience integrity, the alignment of all of the elements of our beings, there is an incredible sense of life force, in our own lives and in the lives around us.”

Americ’s journey of self realization continues…for those of us who dare to meditate, perhaps we will encounter our interconnected truths on the cushion:).