Imagine growing up in our world without the ability to communicate with others, without a language to express even our most basic needs. Speaking with Susan Schaller last Saturday helped many of us see for the first time the visual poetry of sign language, and inspired us to realize that deaf language rights are also human rights. Susan is the author of “A Man without Words”, the story of her experiences teaching a deaf man named Illdefonso to communicate. Unexpectedly, they profoundly changed each other’s lives.

Susan was 22 years old when she had taken a job as an interpreter for a reading class taught through American Sign Language (ASL). Ildefonso was 27 years old and when Susan walked into his class, he was sitting in a corner, frightened and sort of huddled in a corner.

Curiosity led Susan to try and introduce herself to Ildefonso in sign language. It didn’t take her long to realize something very startling-sound and language was completely foreign to Ildefonso. He was studying everyone’s lips and mouths and didn’t understand why he couldn’t hear. Because he didn’t know there was sound, he didn’t know that he was deaf.

“One to five people show up in a class for ASL or reading skills and that have no language at all. They were born deaf and don’t know that there is sound. They could be foreign born or born in this country and were never exposed to sign language, never exposed to a visual language.”

What does it mean to not have a language, to not know that sounds exist?

Susan describes humans as tribal creatures, held together by language groups. There’s an English speaking tribe, a Spanish speaking tribe, etc. In fact, she explains that humans are more tribal than national, because when someone cannot communicate through language, he cannot join the human community.

“Language is the ticket to our respective tribe. Even though we can connect without language, so much of our culture is about story telling, such as this conference call. We’re keeping someone from being fully human if we isolate that person because they are unable to communicate. Deaf people are terribly isolated.”

Before Ildefonso understood the idea of words and how to communicate, he had to make up his own explanations for everything and construct logic by himself. All of his life he had survived by copying. If he saw you pick some tomatoes, put them in a bucket, go and get some green paper stuff, and then take this green paper stuff and go to a store and exchange it for tortillas, he copied that. He didn't know what he was doing, but he could survive. At least he got tortillas.

The story of how Susan communicated with Ildefonso, a language-less person, is extraordinary...

At twenty-two, she explains that she had no idea of what she was doing. Every time she brought up her hands - since he was deaf and it made sense to try visually- he brought up his hands. He mimed. He had this look on his face that said, “What am I supposed to do?” He had no idea there was such a thing as a conversation, a dialogue: you listen, I talk; I talk, you listen. He had no clue!

The long process of working with each other was both rewarding and frustrating. Susan explained that at times, she wasn’t sure if she would return the next day or if Ildefonso would return. But he showed up, and Susan showed up. And they kept working.

“A director who wanted to make a film was asking me why I cared so much. I was shocked because I thought I did what anyone would do. I couldn’t imagine anyone being in this world without having a language.”

Susan realized that for a couple of years of her young life her sister and her invented a nonsensical language just to get attention and no one ever noticed even though it went on for about 2 years. Susan was languageless and one step closer to feeling empathy.

So Susan and Ildefonso continued to work until one day, something happened! Something clicked, and he got it!

“After years and years of studying this and meeting many people learning language, I realized the first "aha!"-the first breakthrough about what language is- must be, "Oh, everything has a name!" That is the beginning of learning language.”

A Language is a Window into Another Culture
Once Susan started teaching Ildefonso ASL, it became clear that the nuances of each language are like windows into a culture. Different perspectives on how a group views the world are reflected in their language.

In the Hopi Indian language, there is no word for hate or war, for example. Sign language is a visual translation of the world. For example, the word trinity is expressed in ASL with three fingers going into another hand and emerging as one; it’s very dramatic and like poetry in motion.

What all sign languages from around the world have in common is that they follow the chronological order of events to form a sentence. Despite the multiple sign languages that exist in different cultures, there is one common language called international sigh language. It’s a set of vocabulary that you can learn in order to communicate with any deaf person, regardless of whether they communicate in Japanese sign language or ASL. 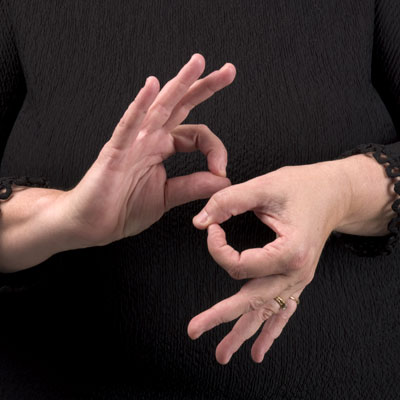 “If we truly wanted to be international, we would put deaf people on international committees because they share a visual sub-culture that people speaking different languages just don’t share.”

Helping the Deaf Feel Part of Our Community
When you begin to understand the beauty and power of sign language to be an international facilitator, you change your perception of deafness from a problem to an asset.

When asked how we as a community can empower ourselves to make people that are deaf feel at home in our interactions, Susan urged us to talk with our doctors and pediatricians about encouraging parents to sign with their deaf babies. Sign language is a real language but it is perceived as a language only for deaf minorities. 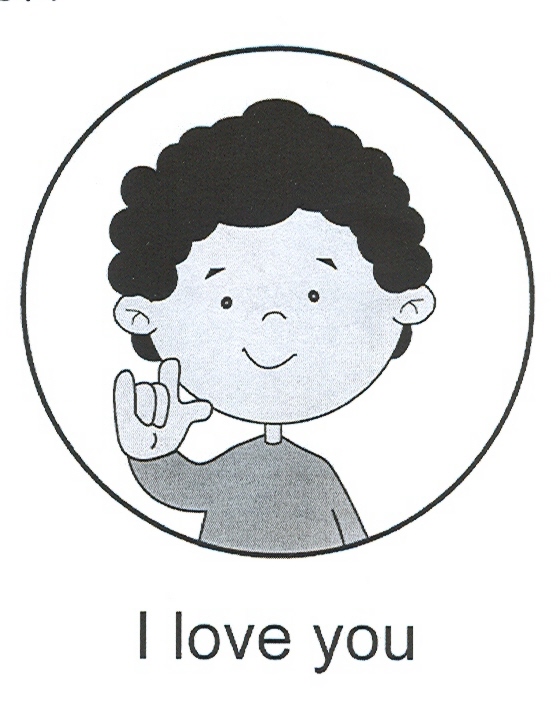 Imagine a world in which all children had the opportunity to learn basic sign language in grade school so that they could communicate with deaf individuals as they grow up. Susan explained that ASL and other sign languages can be used as story telling tools to help kids identify emotions. This is one step towards developing their empathy.

You can learn more about Susan's projects through her website and read the story of her experience teaching Ildefonso in “A Man Without Words”.