There is this old man with a flute and his wife is going crazy as he plays only one tone. And after months she says, everybody plays such beautiful melodies and you are playing only this one tone. And he says, ‘well, the others are all still looking for the right tone, I have found it!’ 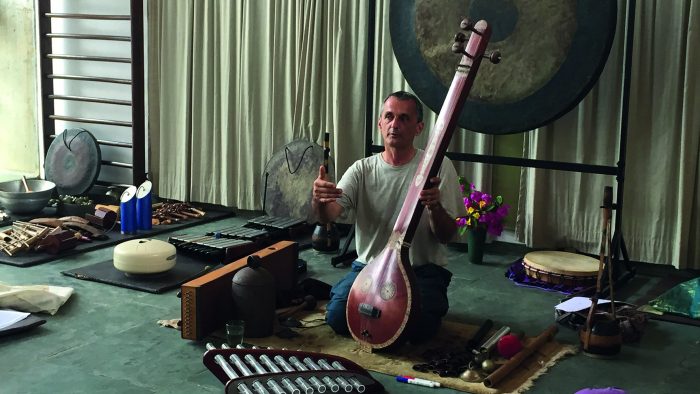 Born in Austria, Aurelio's love affair with music began on the guitar when he was 12. By 19, he was well-trained to play classical compositions. "Whatever I played, I could not make music out of the heart," Aurelio says. Keen on learning indigenous music from various parts of the world, he left home at 19, when he was still in college. Following a mystical experience, he arrived in Pondicherry, India, in 1980, staying there for a few months. Pondicherry beckoned him again in 1991 and Aurelio moved to the township of Auroville. Involving himself in community outreach programmes for children and organising theatre workshops, he found his true calling as he began a journey into sound, both personal and institutional, that saw him found first, in 2002, a cultural centre called Mohanam, and in 2003, Svaram.

Svaram’s founding motive was to explore the role of traditional musical instruments and the physical, emotional, cognitive, social and environmental impact of sound on human beings. It was adopted by United Nations in a project called ‘Music is a Natural resource’ and as the most common expression of human culture. 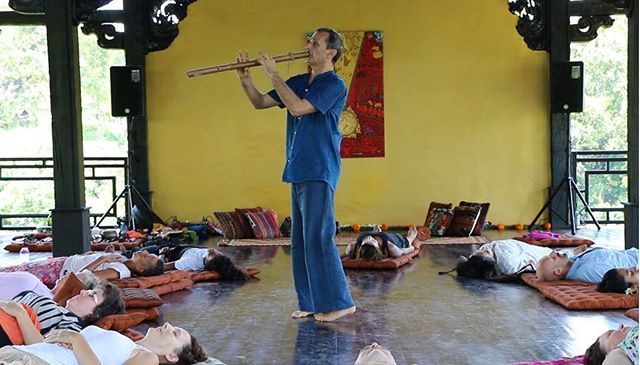 In its late teens, Svaram is a now musical instruments manufacturing and research facility that grew out of a social development and vocational training project and now generates livelihood for over 40 musical instrument creators, among them former construction worker, car mechanic, and school drop-outs. Svaram is associated with projects including the world's largest tuned wind chimes for Mumbai International Airport. On the anvil is a sound garden for a five-star hotel in New Delhi and a sound healing garden in Pune.

Besides the prestigious projects, Svaram explores the study of using sound for healing and well-being and tackling the complex phenomenon of body pain. Svaram has initiated a year-long Integral Sound Healing certificate programme for both sound healers and sound pilgrims alike.

Having immersed himself in the world of sound over the last 3 decades, in research, experimentation, project works, performances and installations, Aurelio considers himself a listening soul following mysterious song-lines into unknown territories. His energy flows into innovative instrument building, cultural and education programs, social outreach, theater sound-scapes, song offerings and ceremonial music. And yet, Aurelio’s diverse interests converge together harmoniously in his life, as he awaits a new music on earth that will reflect humankind’s evolution into a new, integral consciousness.

Around a decade and half ago, Nisha and her husband Ragu moved back to a farm in the outskirts of Coimbatore after working in California. Since then, they have been experimenting with ecumenical stuff that impacts all areas of life.. viz. (do-something) farming, and (do-nothing) permaculture, farm-schooling their son, designing and building an earth-friendly home, Vipassana, nature cure, and co-creating a community aKarma Life. And in the process of healing the earth through their sustainable practices, they also seem to be finding happiness within themselves. And that is a truly wonderful way to express love, gratitude and to be of service.