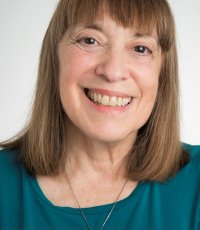 Last Saturday, we had the privilege of hosting Awakin Call with Judith Blackstone.

Judith Blackstone, PhD, is an innovative teacher and author in the contemporary fields of nondual realization and spiritual, relational and somatic psychotherapy. Over four decades she has developed and taught the Realization Process, a direct path for realizing fundamental (nondual) consciousness, applying it to psychological, relational and physical healing. The Realization Process teaches that we can enter a subtle pervasive, unified ground of consciousness from deep within our own bodies. We can access an inner source of well-being that helps us heal when we embody ourselves fully; inhabiting the body is "a kind of reclaiming of ourselves." The process includes specific practices to inhabit the whole body, attune to its central channel (through head, torso and pelvis), and open to fundamental consciousness. It also includes practices for discerning and releasing traumatic events, along the exact pathways that we have constricted ourselves.

For more information on Judith's work, please visit her website.